This chapter aims to prepare you and your working environment to be ready to code, test, and compile your smart contracts.

You can code locally on your favourite IDE or use the official SmartPy online editor, with added interesting features to facilitate development.

Write, test, and compile from the Online Editor#

The SmartPy online editor is not just a simple text editor for smart contracts. It comes with a built-in simulation suite, that provides powerful testing tools for developers. 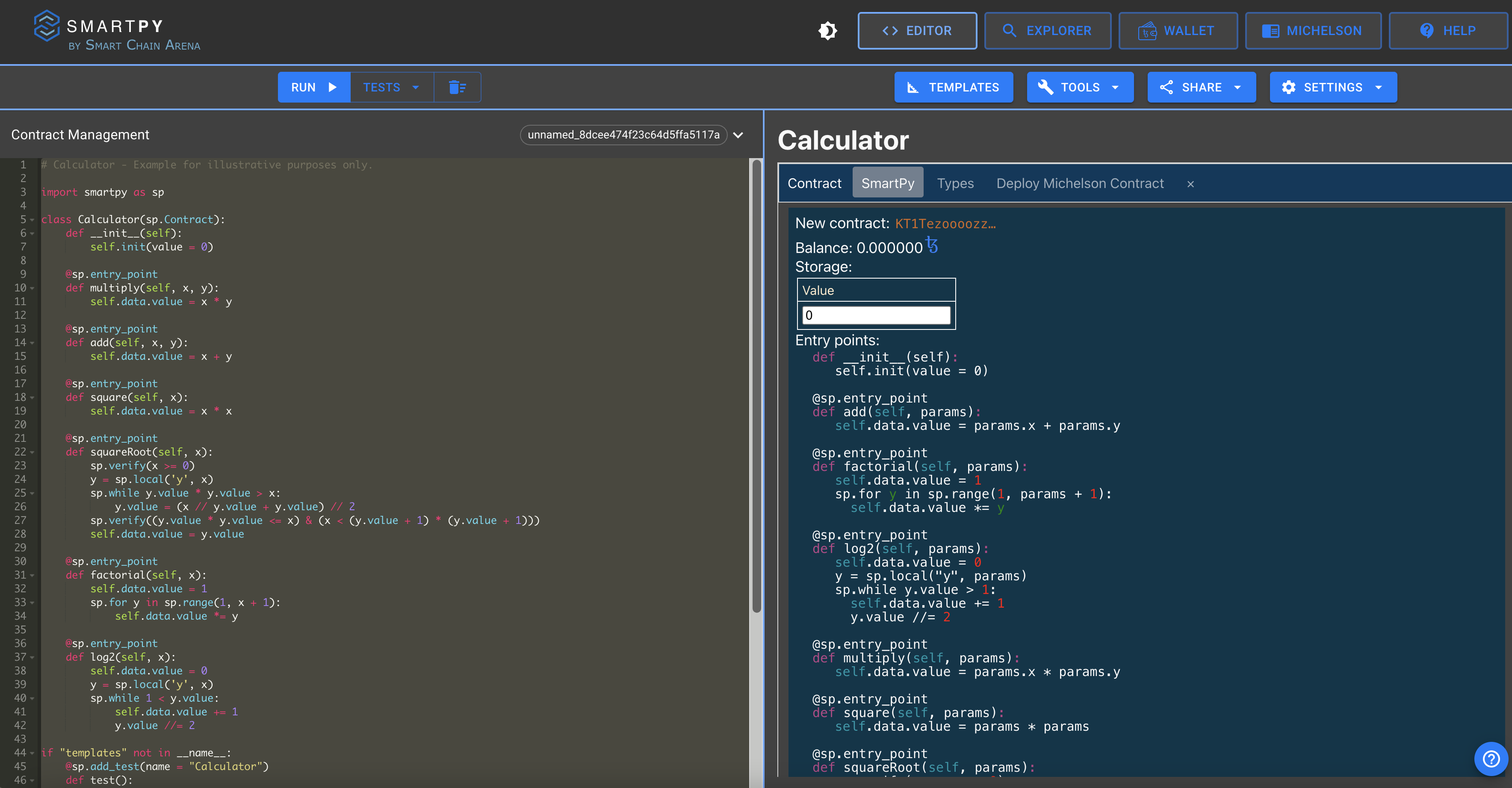 To familiarize yourself with SmartPy, you can choose among numerous existing examples of smart contracts, by going to the Templates tab. 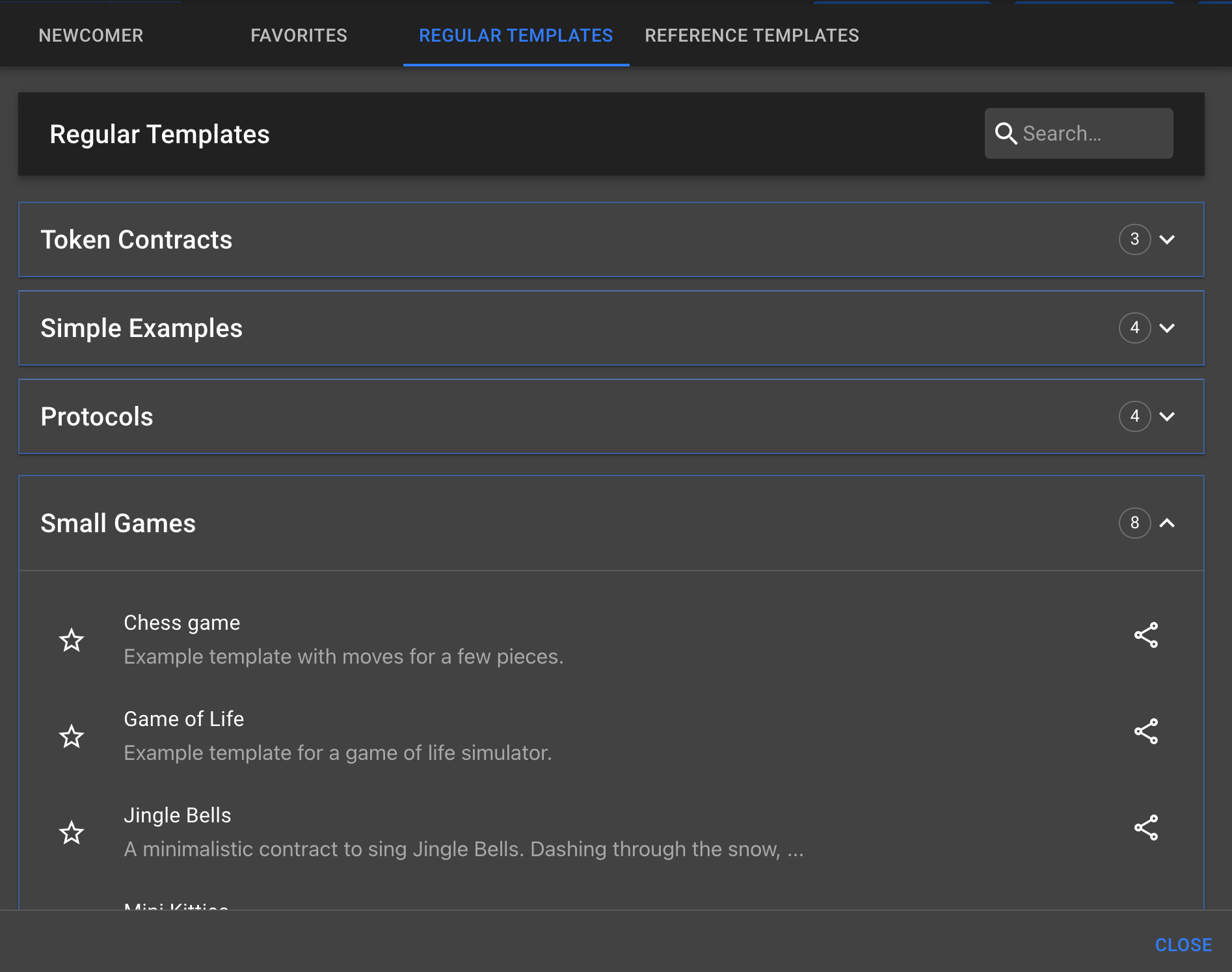 On the left screen of the online editor, you can:

Once you run your code, you can visualize the result on the right screen, which contains: 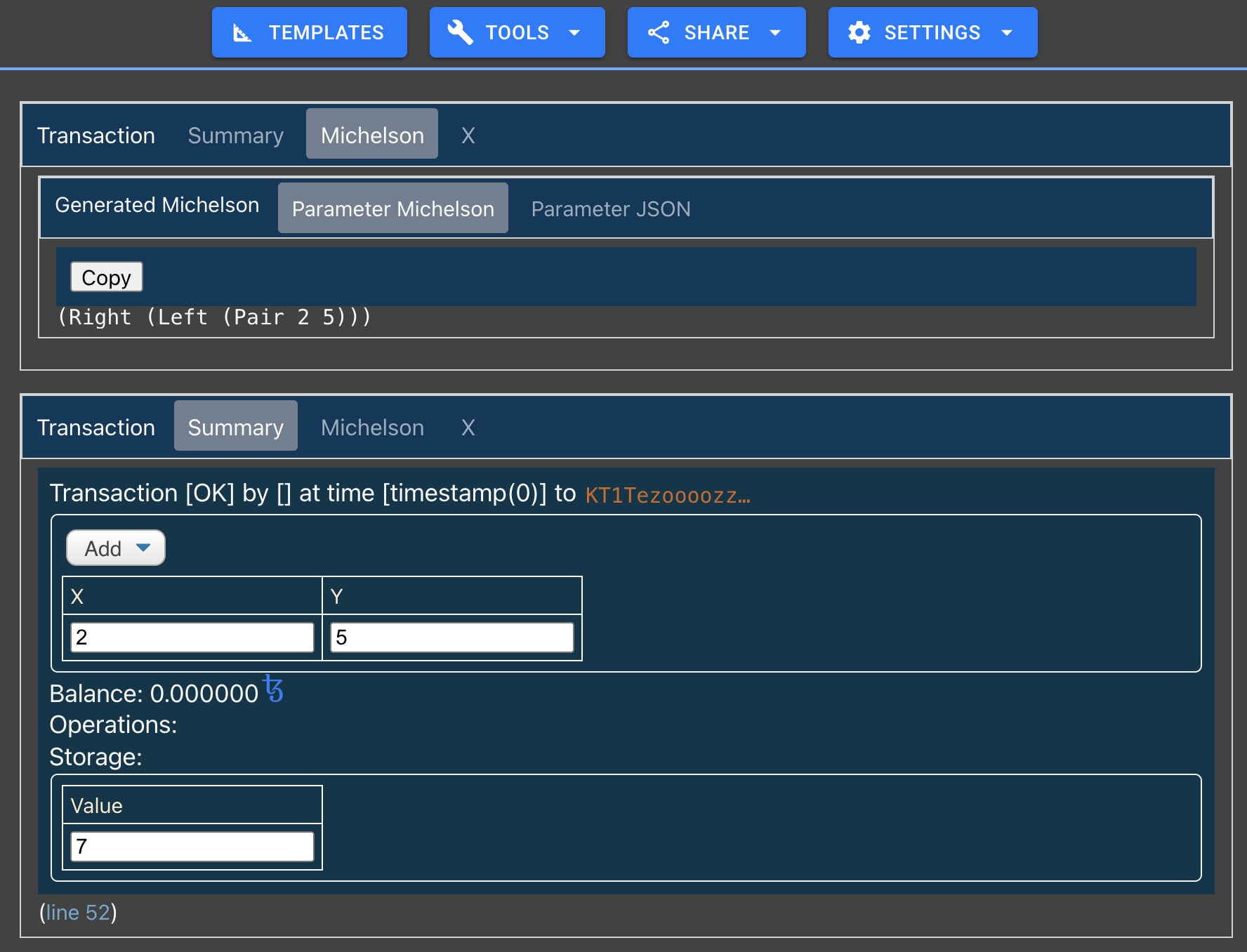 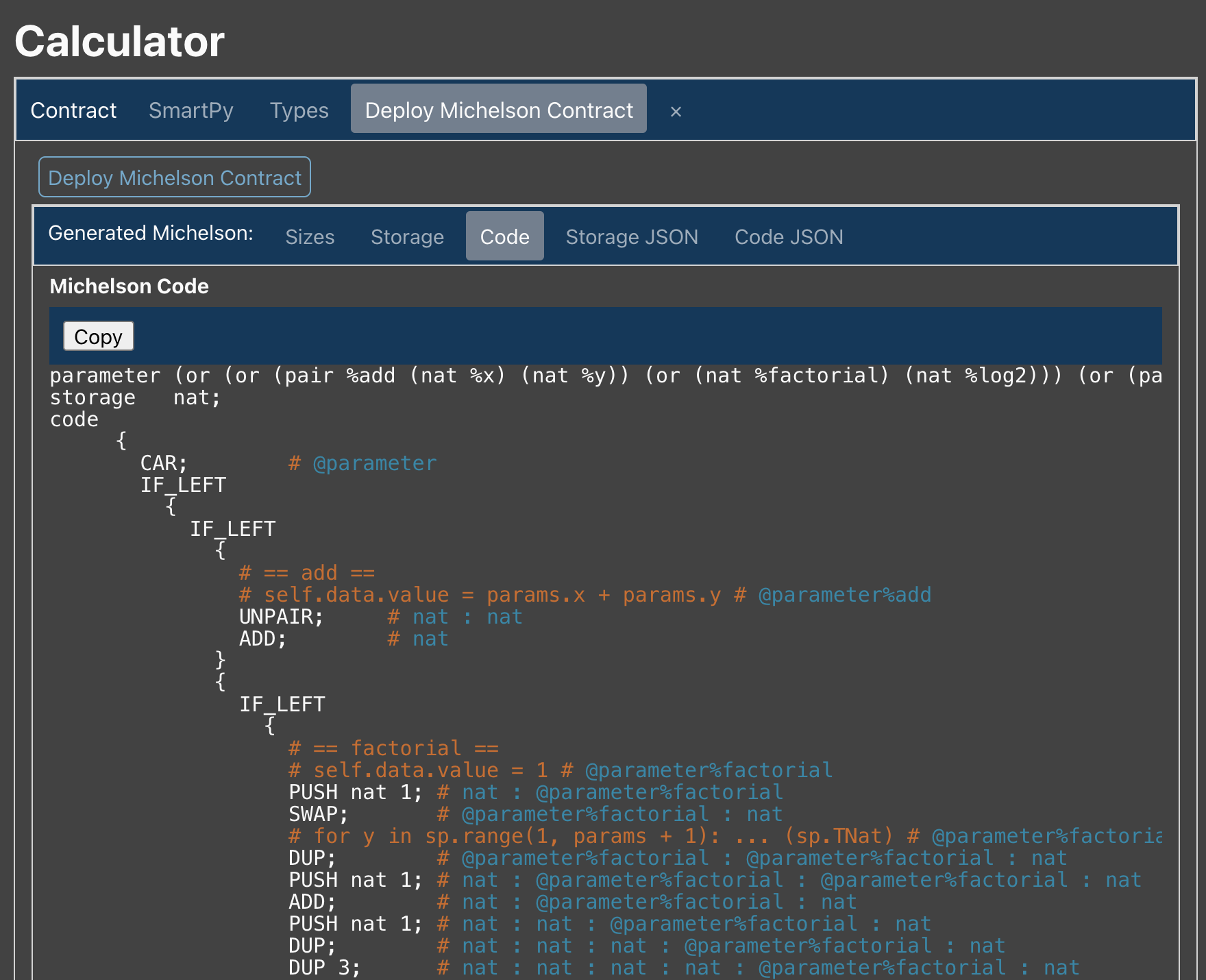 Write, test and, compile from your local IDE#

In the following chapters, we will use the online editor. But in this section, we will still provide the basics for using SmartPy on a local IDE.

The name of the environment should appear at the beginning of the command line. It can be deactivated by running:

After having activated your virtual environment, you can install SmartPy by running:

Verify the installation by running:

If the command returns nothing, then the installation has been successful.

To install the SmartPy CLI, run:

Use the SmartPy.sh script to compile a SmartPy smart contract:

It is referring to Michelson source code in JSON representation.

Execute the tests of your SmartPy Script#

Use the SmartPy.sh script to run the tests:

Installing an environment for programming with SmartPy is easy to do. You need Python and the necessary libraries. Or you can simply start coding from the online editor.