The majority of public blockchains allow anyone with access to the Internet to monitor all operations on the chain.

Moreover, by knowing a user’s address (from a payment, for example), anyone can:

These aspects may be with the protection of users’ privacy¹, as well as the right to be forgotten².

To remedy this situation, Tezos offers contracts based on the Sapling protocol. This protocol provides both the protection of users’ privacy and transparency with regard to the regulators.

1: On this subject, in the European Union, the regulates the protection of natural persons with regard to the processing of personal data and the free circulation of such data.

2: The right to be forgotten allows an individual to request the removal of information about them and that may harm them.

Deﬁnition of the main concepts​

Sapling is a cryptographic protocol that allows shielded transactions to be conducted, while ensuring that trusted third parties can view the transactions. Three elements need to be identiﬁed for this to happen:

Sapling is a cryptographic protocol that uses elliptic curves (Bls 12-381 and jubjub).

Example without monitoring of the transaction by a third party​

In this example, Alice wants to send 8 tez to Bob, without anyone else knowing. 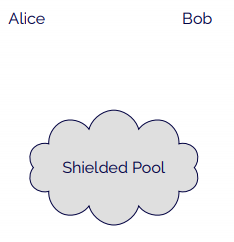 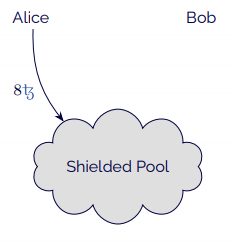 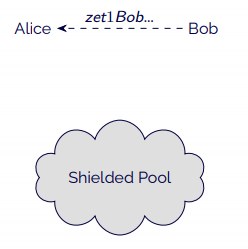 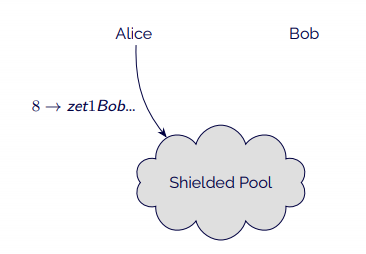 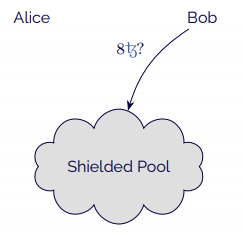 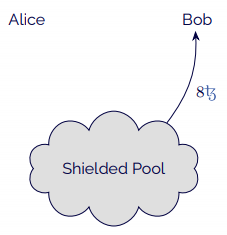 In this scenario, someone could notice that Alice is sending 8 tez and that Bob is also withdrawing 8 tez. This might make it possible to guess that there has been a transaction between the two, especially if the deposit and the withdrawal are temporally close.

Ideally, Bob should not withdraw his tokens and should use them to pay transactions.

To increase his anonymity, Bob can ensure that he never interacts with the contract to deposit or withdraw tez. This example is a simple case of the use of Sapling.

It is also possible to allow a third party, a regulator for example, to control all transactions of the Sapling contract. Example with monitoring of the transaction by a third party

In this scenario, only Chris’ address can send transactions (apart from deposits and withdrawals) to the shielded pool: 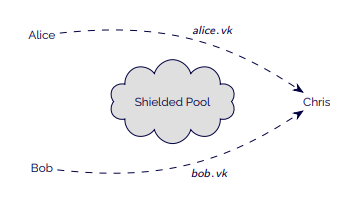 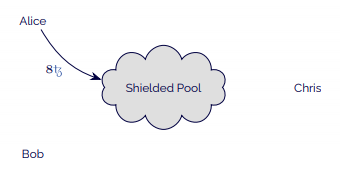 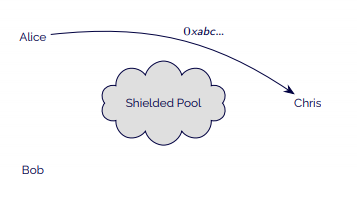 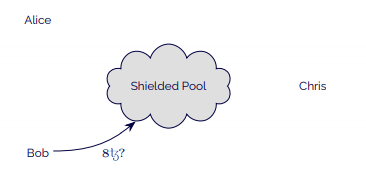 This example shows the case where Chris deals with validating the compliance of operations, potentially because he is answerable for what happens in the contract, or even because he is responsible for protecting Alice (and the other members of the contract) against potentially fraudulent transactions. Furthermore, if he decides that an operation is not valid, he may decide to contact Alice to tell her about it and ask her for more information regarding this transaction, or simply to verify that she has not had her wallet stolen and that she is indeed the originator of this transaction.

Chris is not necessarily a human; he may also be a simple secure oracle³ that has viewing keys and automatically conducts transactions where the parties are known.

In both examples, we have assumed that the tokens represented tez. This is not mandatory and we might suppose that the tokens represented any other fungible asset (ﬁnancial assets, raw materials, etc.). In this case, the regulator could also manage the deposits and withdrawals. There would no longer be any direct interaction between the current asset and its representation on the contract (as we could do with tez). The contract might then have an evidential value in a dispute.

3: An oracle is a program external to the blockchain, generally standalone, the role of which is to make calls to a smart contract to give it orders according to parameters that the smart contract cannot or does not need to control.